New version of the IM client for Android platform

New update of Bopup Messenger for Android has been released and posted on Google Play market. It is version 1.0.8 that now removes Beta from it's version title. 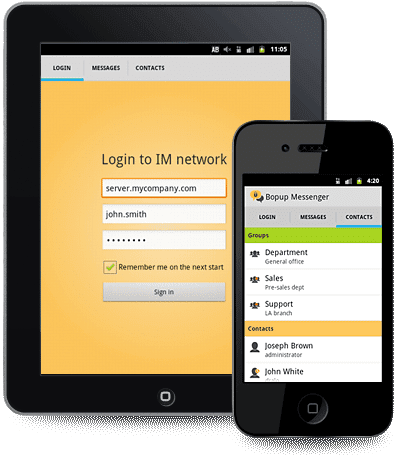 This update of the IM client supports flags set for user's Contact List on the communication server such Locked state and Chat with only users from the contacts. Version 1.0.8 also fixed issue with showing outgoing messages on the "Messages" tab within all incoming (received) messages.

Another most important change is a smaller size of the client. We removed all log.d() function calls from the release build that were used for internal debugging of the messenger software. It seemed those calls made working the IM client slower and required extra resources.