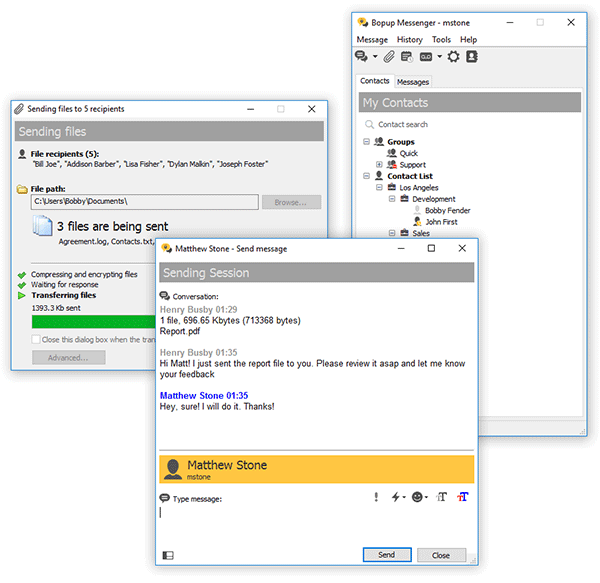 It is easy and fast now to send a screenshot to another user or on messaging group. Take a screenshot into clipboard by pressing PrintSc button on keyboard (or using Alt + PrintSc hotkey to make an image of focused window) then open conversation dialog with a recipient and right-click on input box and select Paste from popup menu. The messenger will create an image file and then display file transfer dialog automatically.

The new version of the IM client also fixes issue with redraw of entries on "Contacts" tab when "Messages" tab is added to display first incoming instant message. In that case Contact List control can dissappear so users should move mouse pointer above the tab to redraw window entries.