Number of connected users, recent delivered data shown in charts. This and others in new version of Bopup Communication Server

New version 5.8.7 of Bopup Communication Server is available. This version improves many functoins and adds great features in GUI of Management Console.

Graphical charts that display recent data in the console

Most important addition is that now Management Console of the IM server displays charts on it's Dashboard, Account and Group profile pages. The chart show data for recent 15 days of the server activity and allow to view the number of online users, sent message and files for this period. 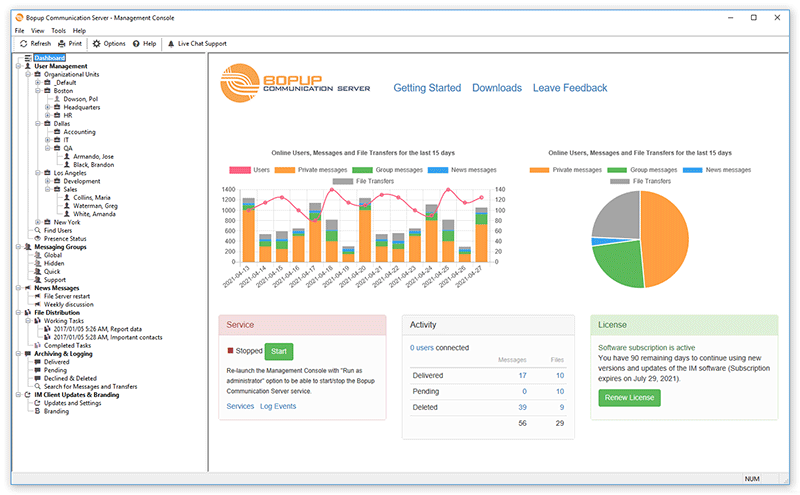 Charts on the Dashboard screen show the number of connected users, delivered messages and files per day for the last 15-day period. It is easy now to see how many users have been connected and how many data have been transferred. There is also another chart that shows a total amount of data transferred for that period. 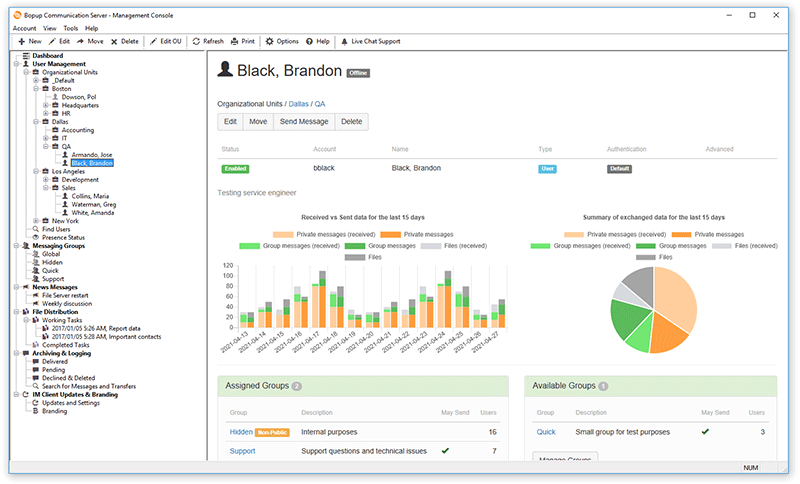 The account profile page contains similar chart that show the number of both sent and received private, group messages and file transfers by the user per day for the last 15 days. 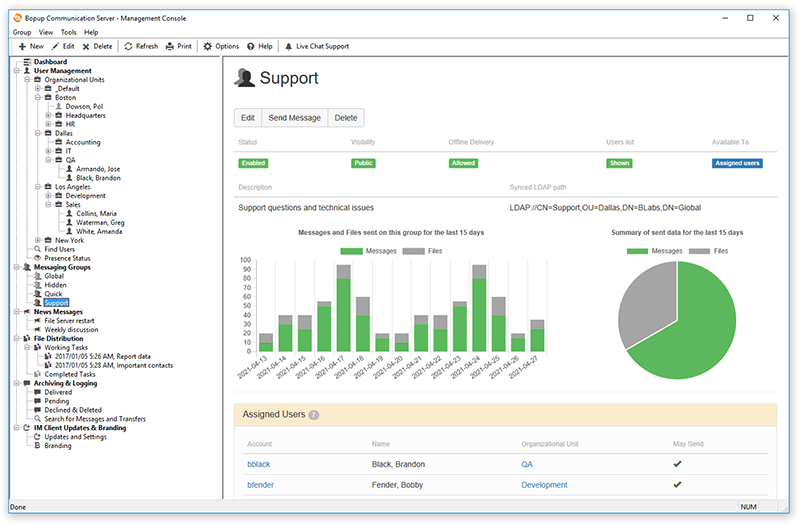 We did some changes in the function that transmits News messages from the messaging server. Sometimes the messages did not go if there are too many online users. So we moved that functionality to a separate thread to avoid that.

We found and fixes some errors when the server is running on PostgreSQL database server. Recent versions of the communication server contained bugs on upgrade function